The camera's rolling, and Crohn's strikes! A mother/son's fight for survival.

Dane Johnson was on edge. Determined not to let his diagnosis derail his dreams of becoming an international model, Dane showed up to the photoshoot. He was working with some of the top agencies in the world with big plans on the horizon. 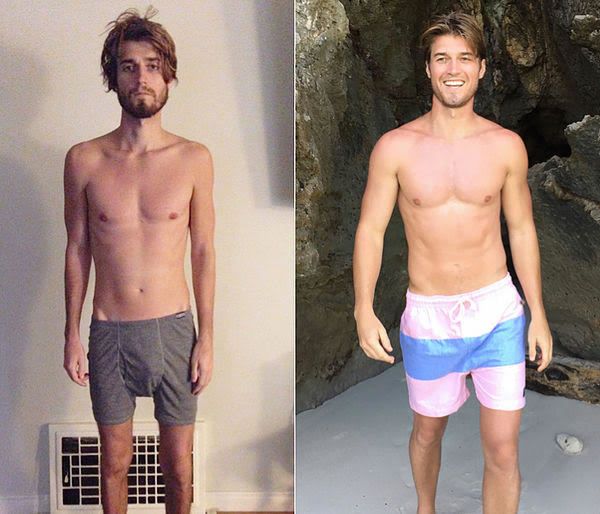 Dane was wearing $4,000 worth of designer high-fashion clothing and accessories. This is where he belonged, what he was meant to do. Then he felt it. His gut turned sharply and a sense of dread overwhelmed him. He had six seconds to get to a toilet or his career – and dignity – would suffer a lethal blow.

Dane sprinted off of the set. As he burst into the Men’s room his heart sank: there was only one stall, and it was occupied. With no time left his body forced him into the only option left – the closest trash can. He had made it, but the small success could not save him. Dane was notably underweight and the agencies noticed. “I did one shoot, the clothes were hanging off my body and they said ‘That’s it, you’re done’”.

Dane couldn’t blame the agencies whose job it was to sell cool looks. “I told my peers that I had been doing fashion in Europe where models were skinny. I had lost forty pounds. I just started lying to everybody”. 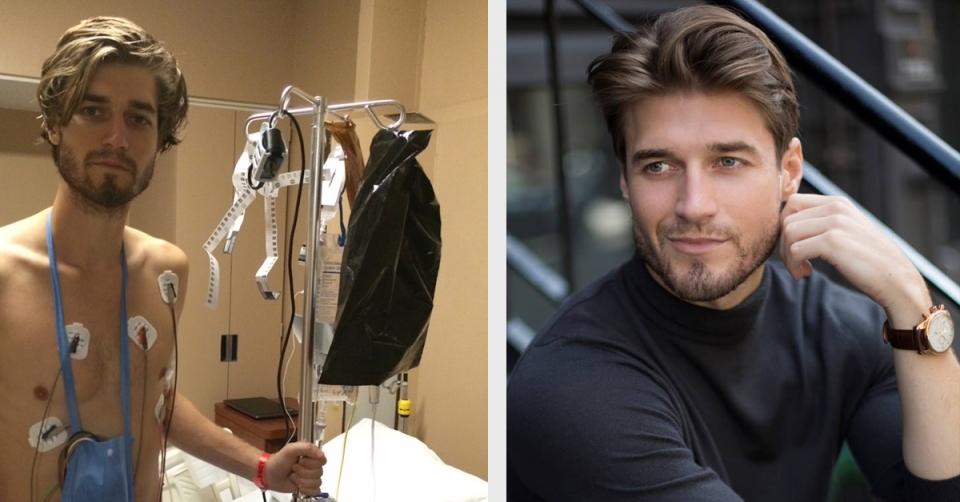 Phyllis “PJ” Johnson was proud of how she fed her kids. “They ate raw broccoli, but only because of the ranch dressing…they had cereal, they had milk and they had wheat bread…I thought ‘I’m raising my children very healthy’”. Rarely was anybody in the household ever sick, even with Kraft Mac and Cheese being an absolute staple of the kitchen.

When Dane started experiencing symptoms of Crohn’s disease and Ulcerative Colitis at the age of 19 he left it up to the doctors to heal him. “We put all our faith into conventional medicine”. With a promising modeling career just getting started, and since the doctors had downplayed the severity of his condition, Dane had – what he thought were – more important things to concentrate on. “I didn’t want to deal with it, I just wanted to sweep it under the rug”.

As Dane’s symptoms became more severe, the doctors ramped up his medications. For an entire year he became largely immobile and bedridden. Two weeks after his longtime girlfriend and he broke up, Dane had an episode that nearly took his life.

This story is about a mother’s love for her son and the journey she took to save his life. It is a story of innovation and discovery through one woman’s refusal to accept her son’s fate, and how the power of a mother’s love redefined what could be possible. This experience changed both mother and son, as one’s heart healed in step with the other’s body, as each shared this particular bond with the other.

Dane was rushed to an East LA hospital while PJ was tucked into a pull out cot next to his bed, working through the nights week after week to manage bed pans, urgency, blood loss, and stop the pain and progressive destruction of his colon.

“Take the colon out now!” said the doctors. The Colitis drugs are not working! The 104 degree temperature is killing him!”

“It’s not a Colitis episode!” urged PJ grief-stricken. ”It’s the CMV virus which has ramped up due to the immunosuppressants you’re giving him!” PJ had recalled a minor episode years earlier when a Miami Beach GI found the virus localized in his colon. Dane was in town modeling for Sandals Resorts. It was immediately eradicated with antivirals – no missed photoshoots.

There’s no sign of the virus in the blood work”, said the doctor.

“I called the Miami GI who once treated Dane. He told me it was localized and would not show in the blood work.” said PJ “At least that is what I remember, who knows” I said to myself. 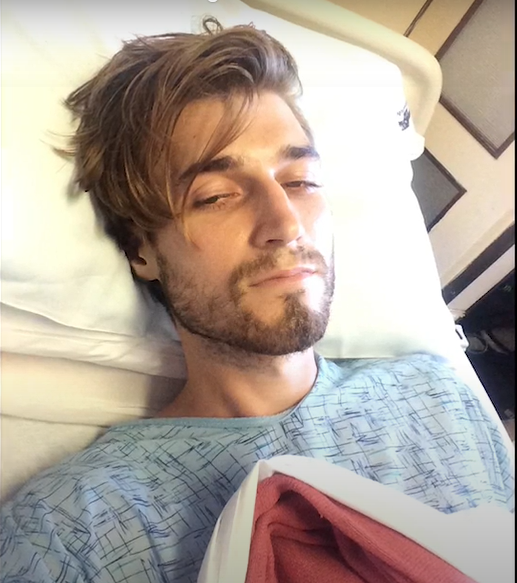 It must have been midnight in Miami as the Infectious disease doctor talked to the Miami GI, Dr Bloom, who remembered the good-looking model with Crohn’s Disease and Ulcerative Colitis who had an active case of CMV in the colon.

With the look of urgency, the doctor rushed to the room and ordered the antiviral which would take 48 hours to come in…. We knew Dane may not make it to that fretful Thursday afternoon when they finally hooked him up. 4 hours later the fever broke and a long long road to recovery ensued.

After this close call Dane decided to take ownership and no longer be a victim of Crohn’s Disease. PJ had been sending him books on healthier options to reduce severity of symptoms while he was focusing on his career. Dane picked up one of them, Jordan Rubin’s The Maker’s Diet which became the first blueprint to Dane’s successful journey. From there, Dane forged his own solution pulling from books, experts, and training with dogged determination and focus.

Dane is now symptom free. He is the Founder of Crohns Colitis Lifestyle https://crohnscolitislifestyle.com/ where he uses his experience, education and integrative treatment plans to help others that suffer from Crohn’s Disease and Ulcerative Colitis.

It is now PJ’s mission to share their journey to those other parents fighting to save their children, birthing The Crohns Colitis Nutrition Foundation – eFundYourHealth.org which helps fund those who cannot afford integrative healthcare or whose insurance does not cover it.

“If it wasn’t for her and the doctors I wouldn’t be alive. You can’t do it alone, you need partners. I needed my mom to help save my life, but to take back my life I had to take ownership – I had to come up with my S.H.I.E.L.D. – a simplified plan of how to approach adversity.” 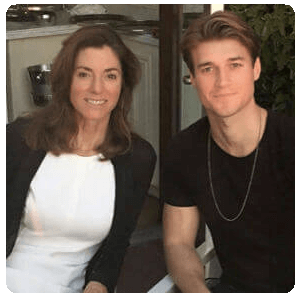 “It’s not just health, it’s living the life we want!”